The Impact On Society 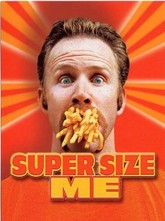 When young people have jobs they earn money. That money is then spent locally which helps local businesses to grow and to thrive.  McDonalds is also well known for the support of the local community and society. With their support in organisations and charities such as; “Clean up Australia Day”, “McDonalds Forrest” at Tooronga Zoo (NSW), “Hippo Beach” in Western Plane Zoo Dubbo, and “Little Athletics”. As well as the setup of the organisations/charities “Ronald McDonald House” and “McDonalds Camp Quality”.  In these areas McDonalds has had a very good impact on the community, however McDonalds has also had a negative impact on society, as the majority of the foods that the restaurant chain sells do not promote a healthy lifestyle and have most likely (along with other fast food chains) contributed to the growing obesity of the Australian population.